The Cannes Film Festival has been a sea of glittering premieres and parties after being cancelled last year amid the coronavirus pandemic.

And on Monday evening, Maggie Gyllenhaal, 43, Iris Law, 20, and Kat Graham, 31, led a host of stars stepping out to attend the premiere for The French Dispatch, during the event’s seventh day.

Maggie oozed confidence in her eye-catching ensemble, which she accessorised with dazzling Asymmetric diamond earrings.

The actress’ shoes couldn’t be seen beneath the length of her sweeping skirt, and she opted for a flawless make-up look finished off with a bold red lip

Iris – who is the daughter of Jude Law and Sadie Frost – looked ethereal in a pleated Grecian gown and showed off her new blonde buzz cut.

The model’s plunging white maxi dress billowed as she strolled the red carpet and boasted a unique central overlay neckline held up by ties. 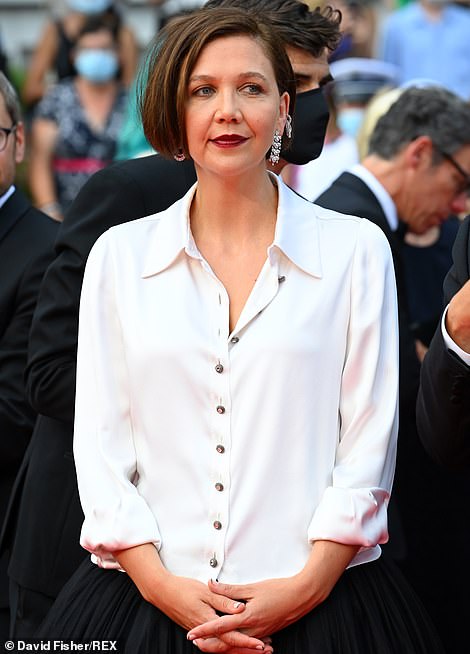 Gorgeous: Maggie oozed confidence in her eye-catching ensemble, which she accessorised with dazzling Asymmetric diamond earrings 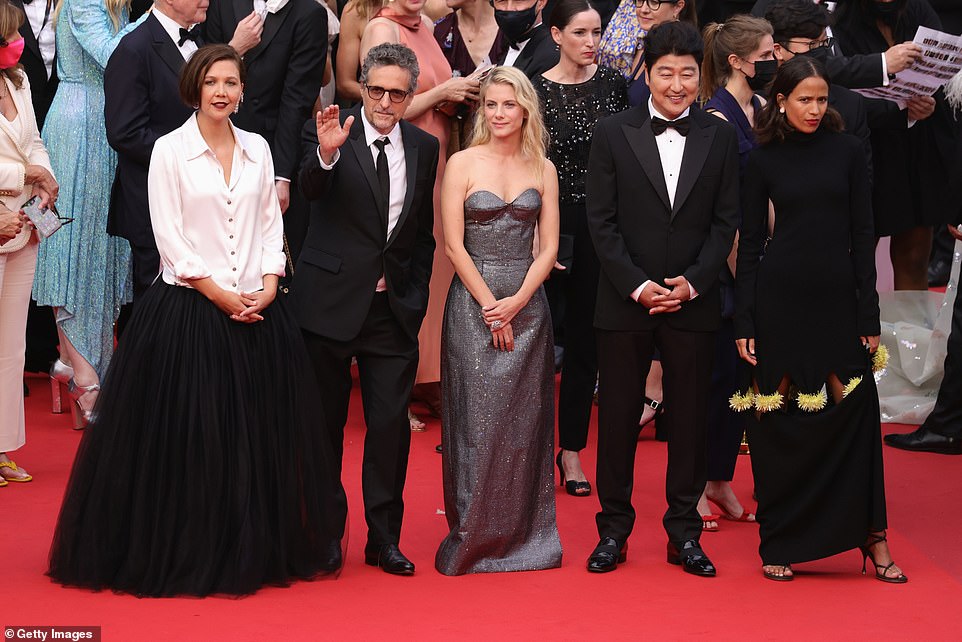 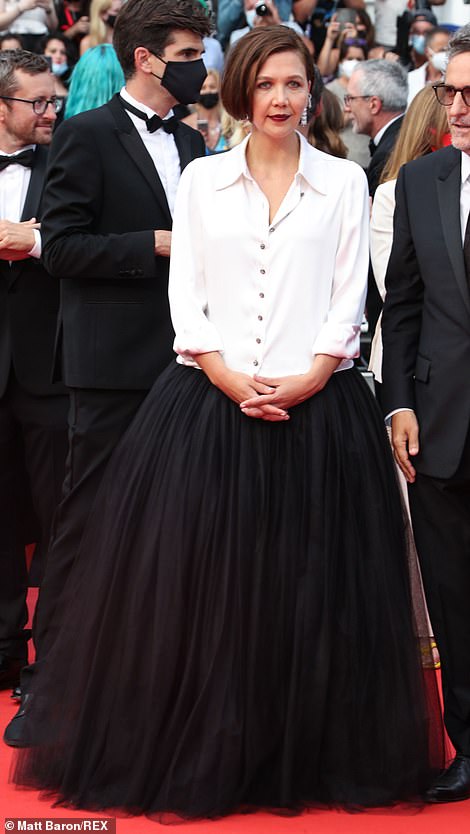 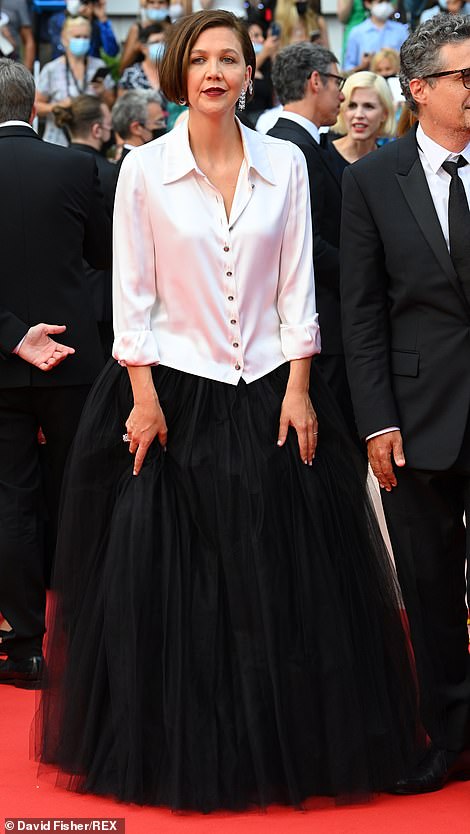 Fashionista: Maggie looked elegant as she posed in her outfit for photographers 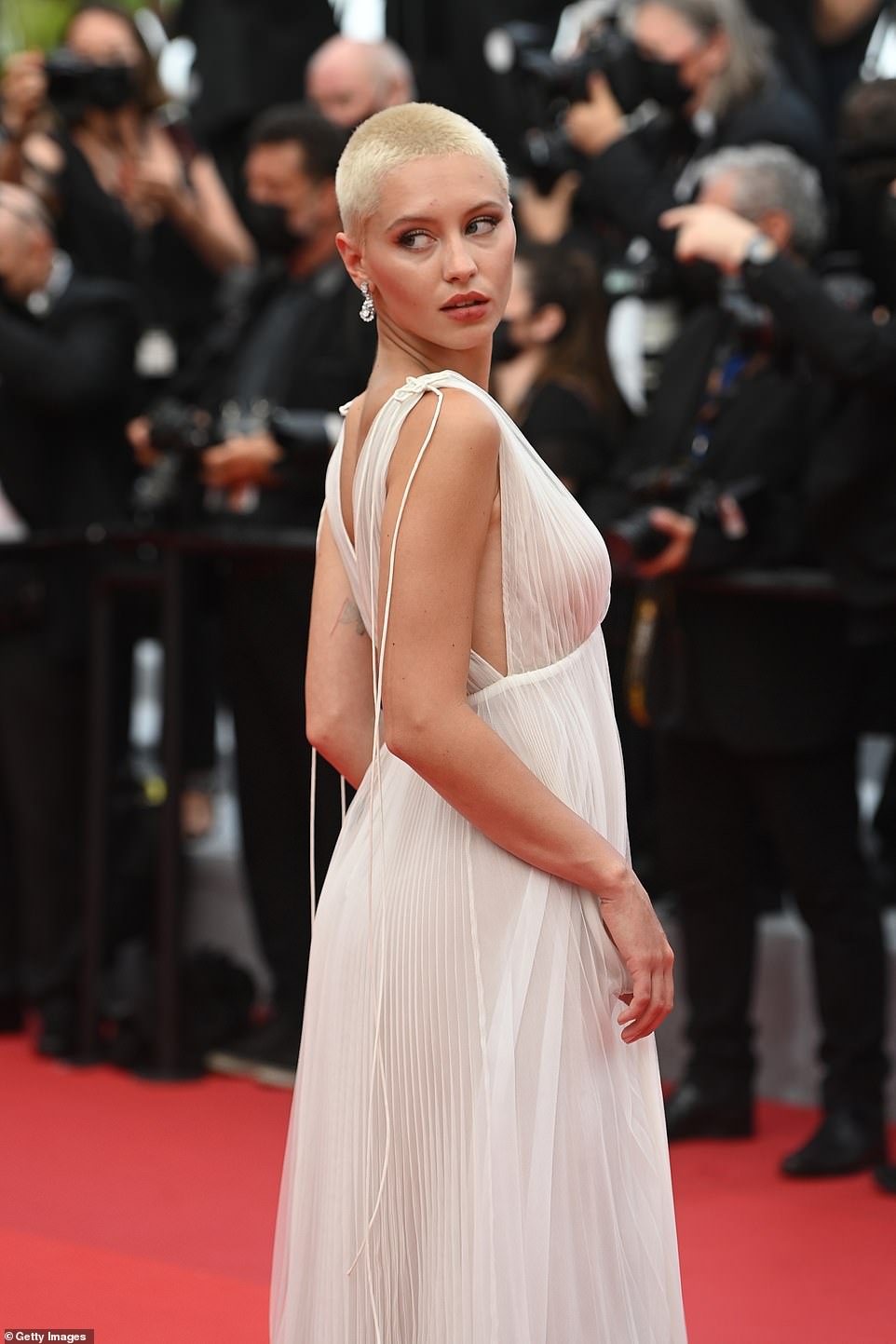 Beauty: Iris – who is the daughter of Jude Law and Sadie Frost – showed off her new blonde buzz cut 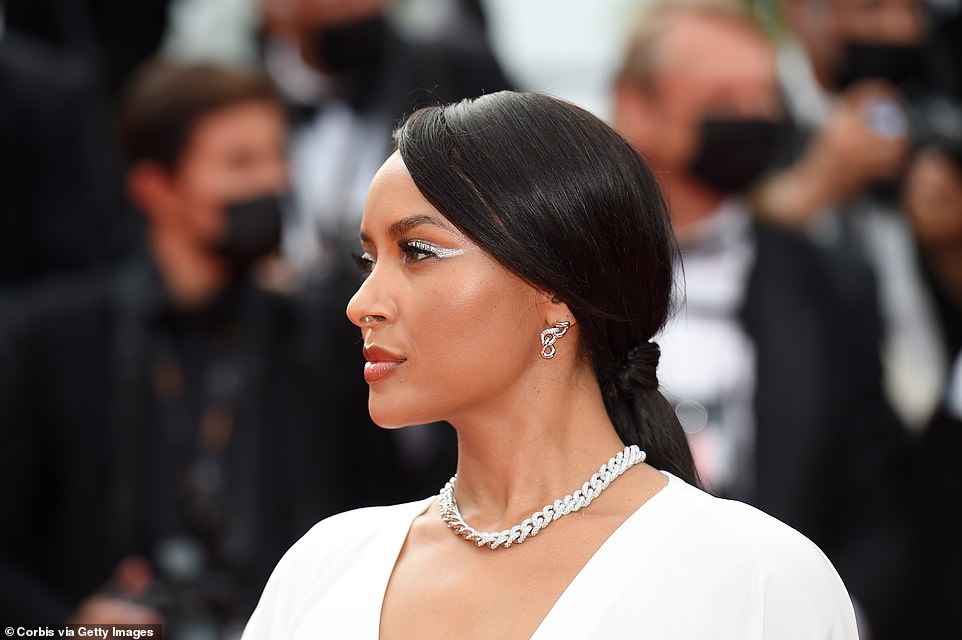 Stunning: The actress drew attention to her piercing eyes with a bold sweep of white eyeshadow

Kat Graham, 31, also opted for a white floor length dress for the occasion, with her frock trailing along the red carpet as she posed for photographs.

The Vampire Diaries actress displayed a hint of her cleavage thanks to her plunging neckline, and added a diamond collar necklace to complete her look.

She boosted her height with a shiny silver pair of strappy stilettos which she coordinated perfectly to her clutch bag.

Kat drew attention to her piercing eyes with a bold sweep of white eyeshadow, and pared back her hair-style by tying her raven tresses into a low ponytail. 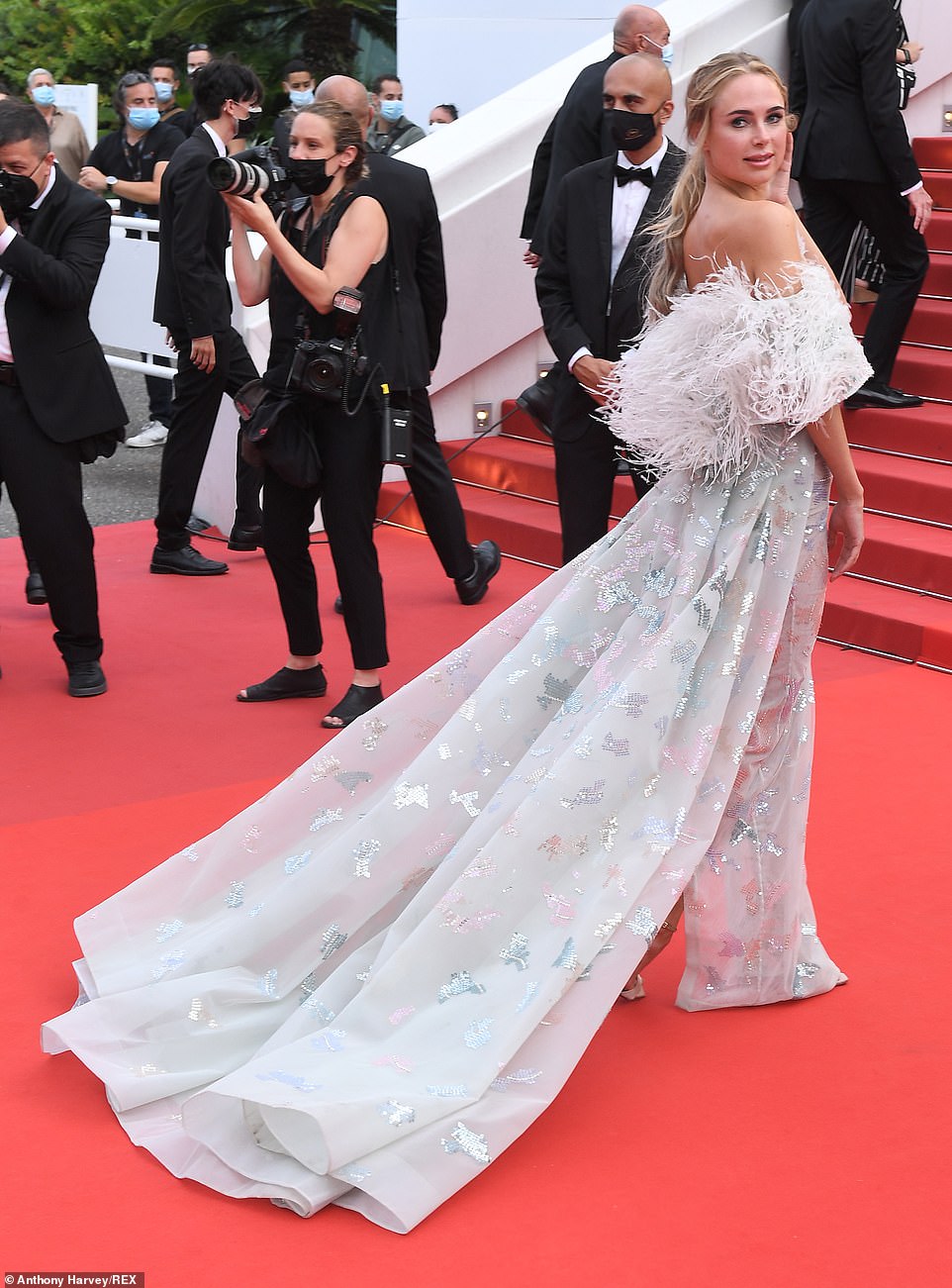 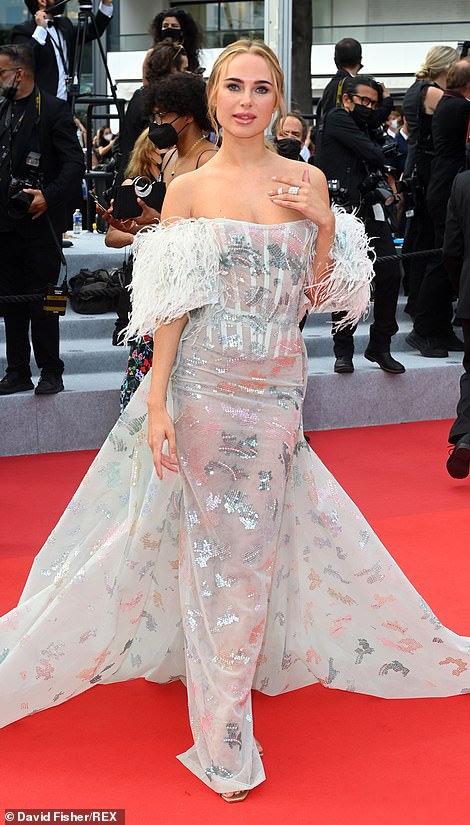 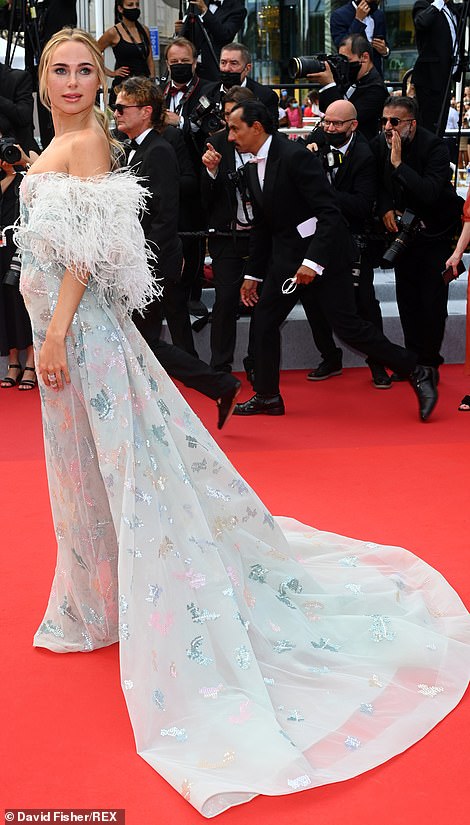 Unique: The former Made In Chelsea star stood out in her dress, which featured a corseted top half and feathered sleeves 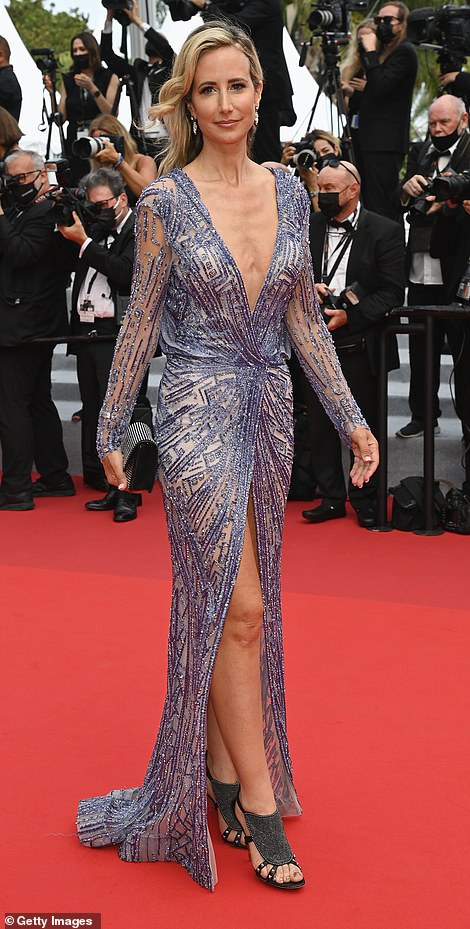 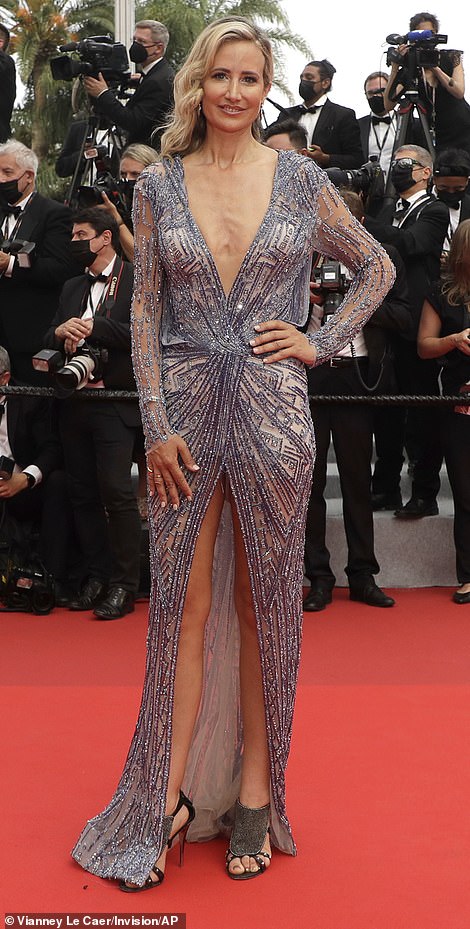 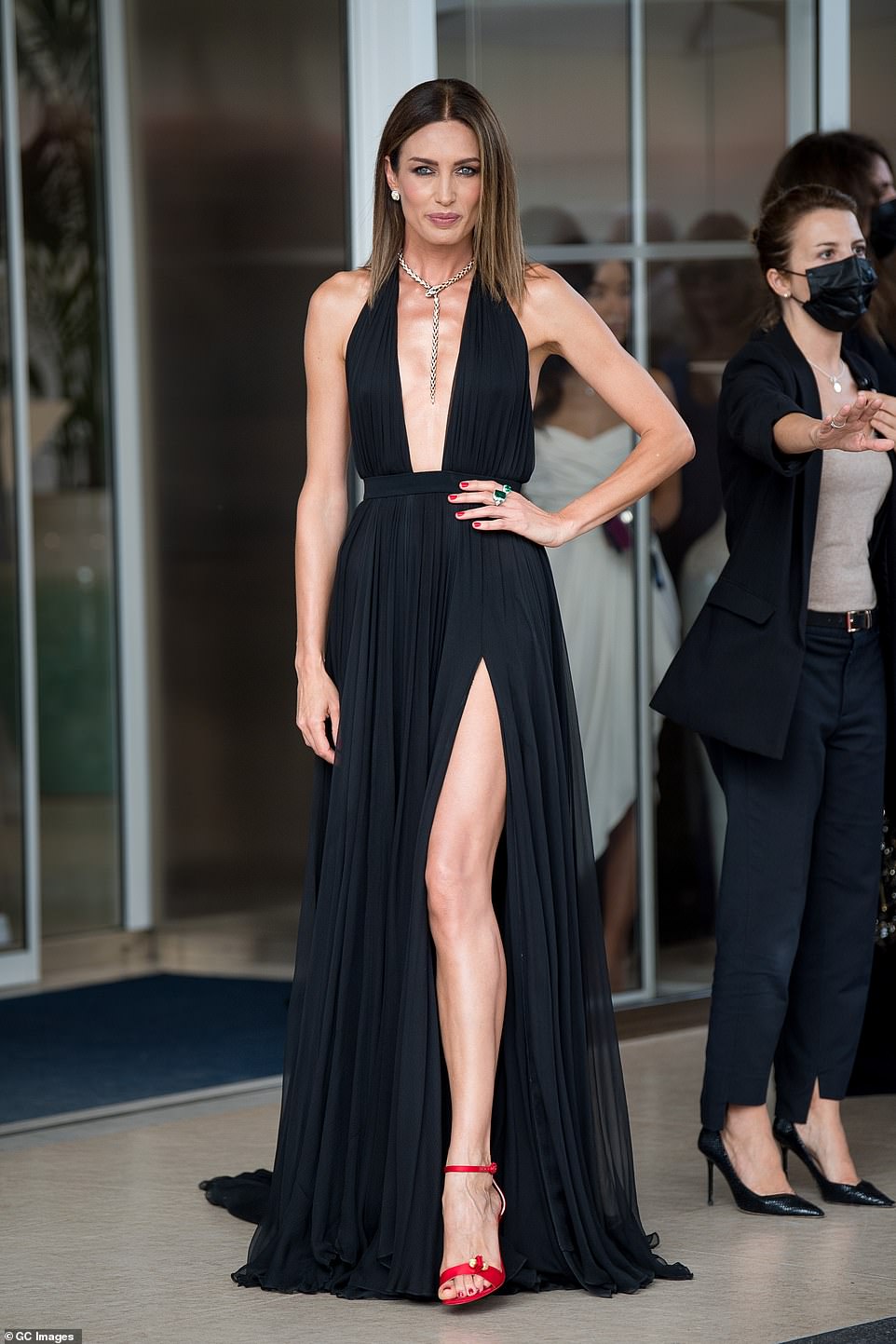 Her heavily embellished frock featured a daring central split which allowed her edgy black studded stilettos to be seen.

Just two days earlier, one of the film’s stars, Lea Seydoux, 36, tested positive for Covid-19 forcing her to miss the premiere. 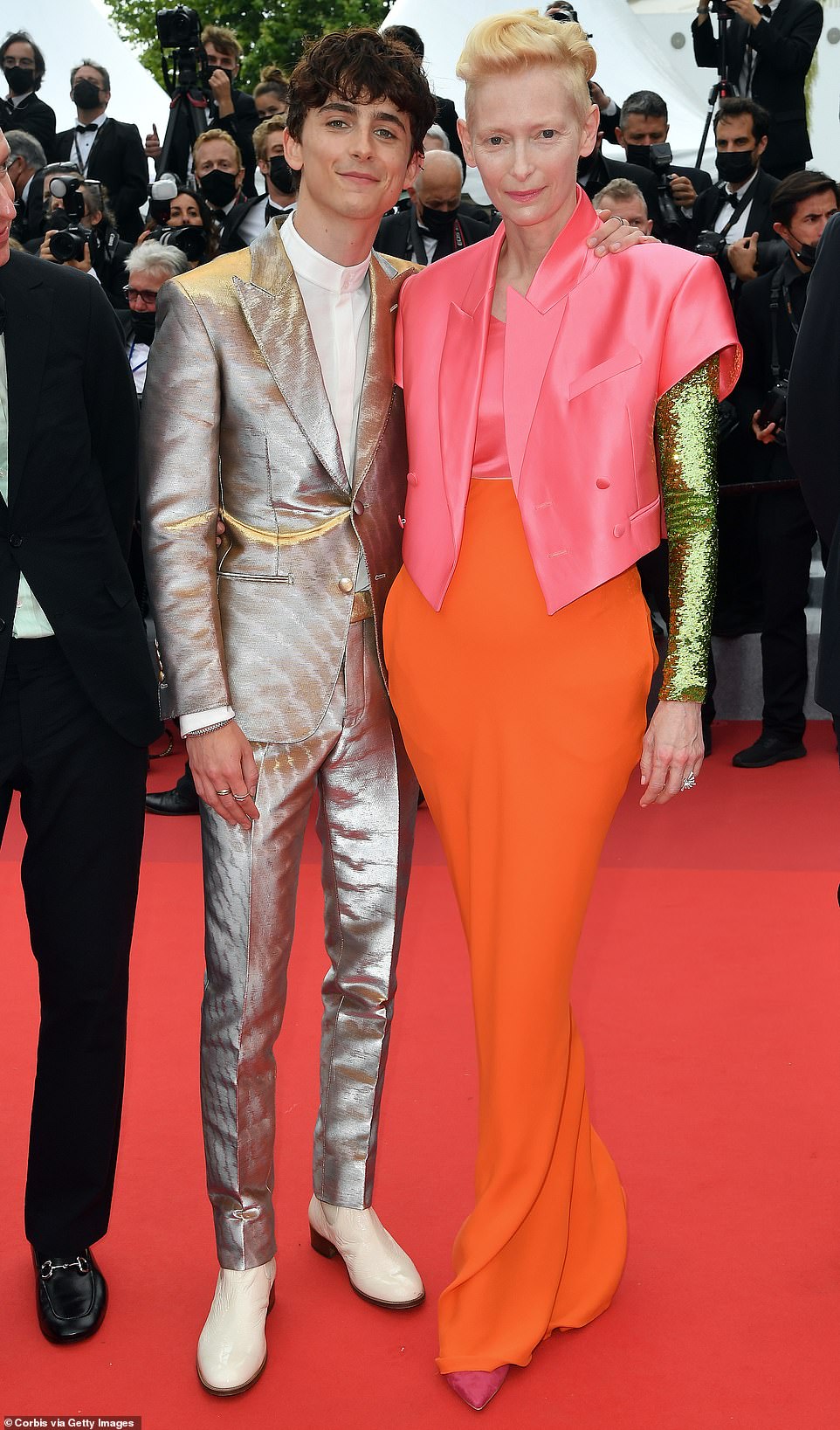 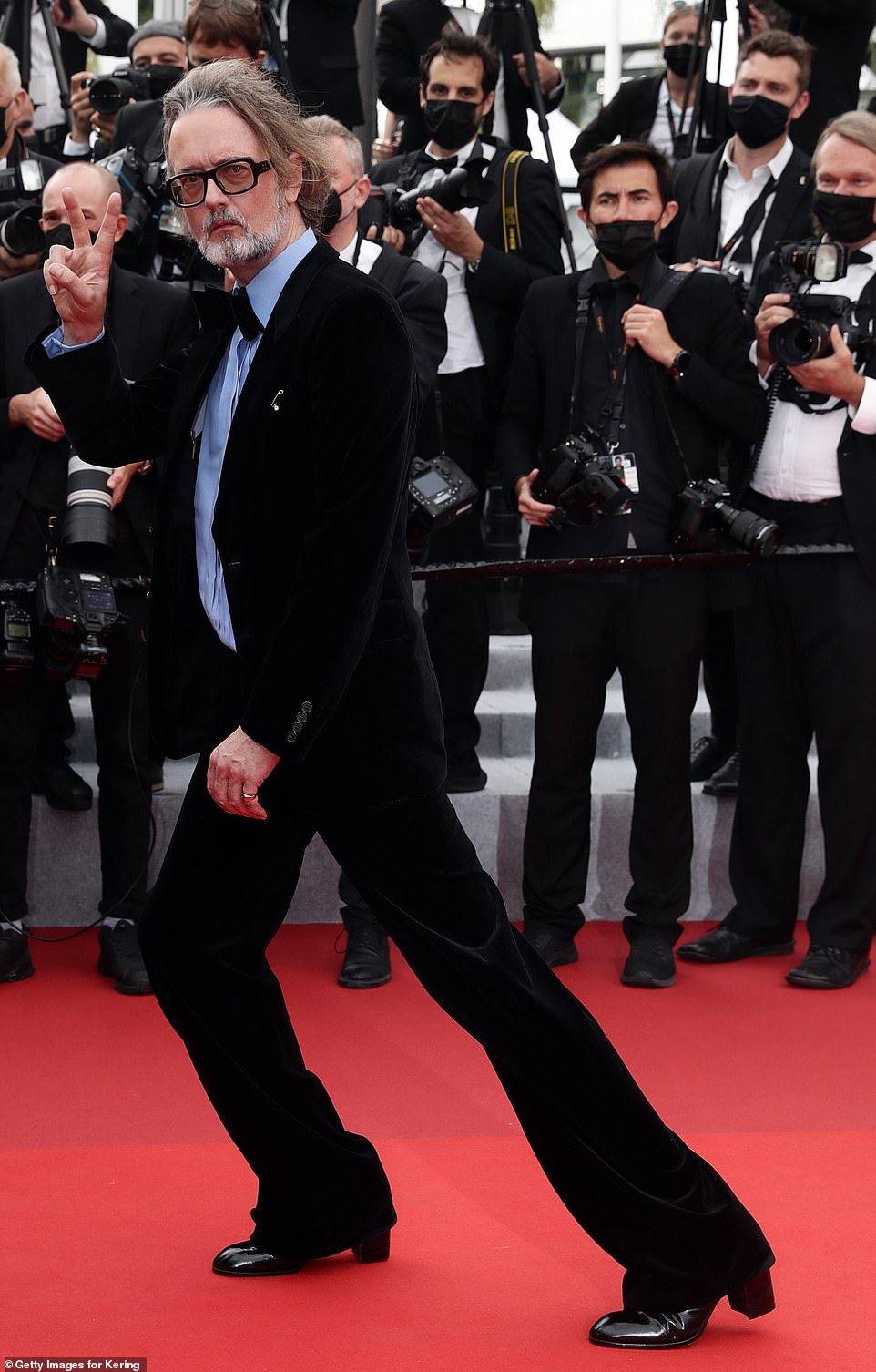 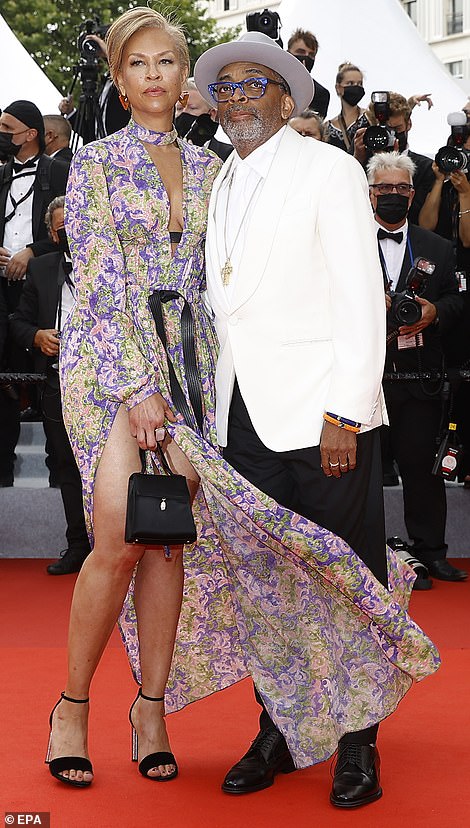 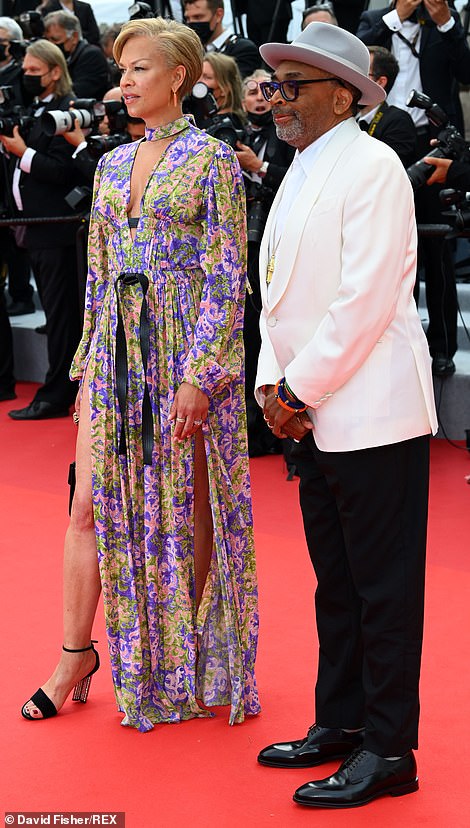 As well as The French Dispatch, Lea appears in The Story Of My Wife, France, and Deception which are all set to debut over the coming days.

It is unclear which film set Lea was working on when she contracted the virus, as she is said to be in pre-production for two films, Crimes of the Future and Le Bal des Folles.

MailOnline contacted Lea’s representatives for further comment at the time. 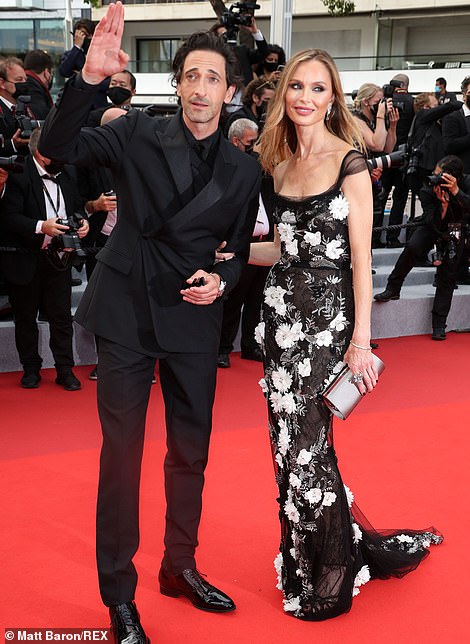 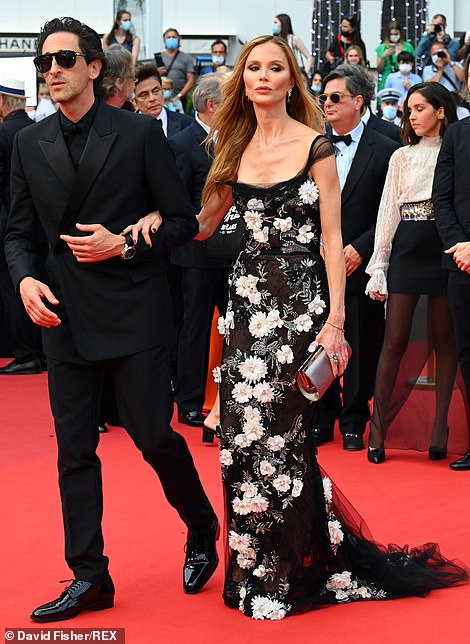 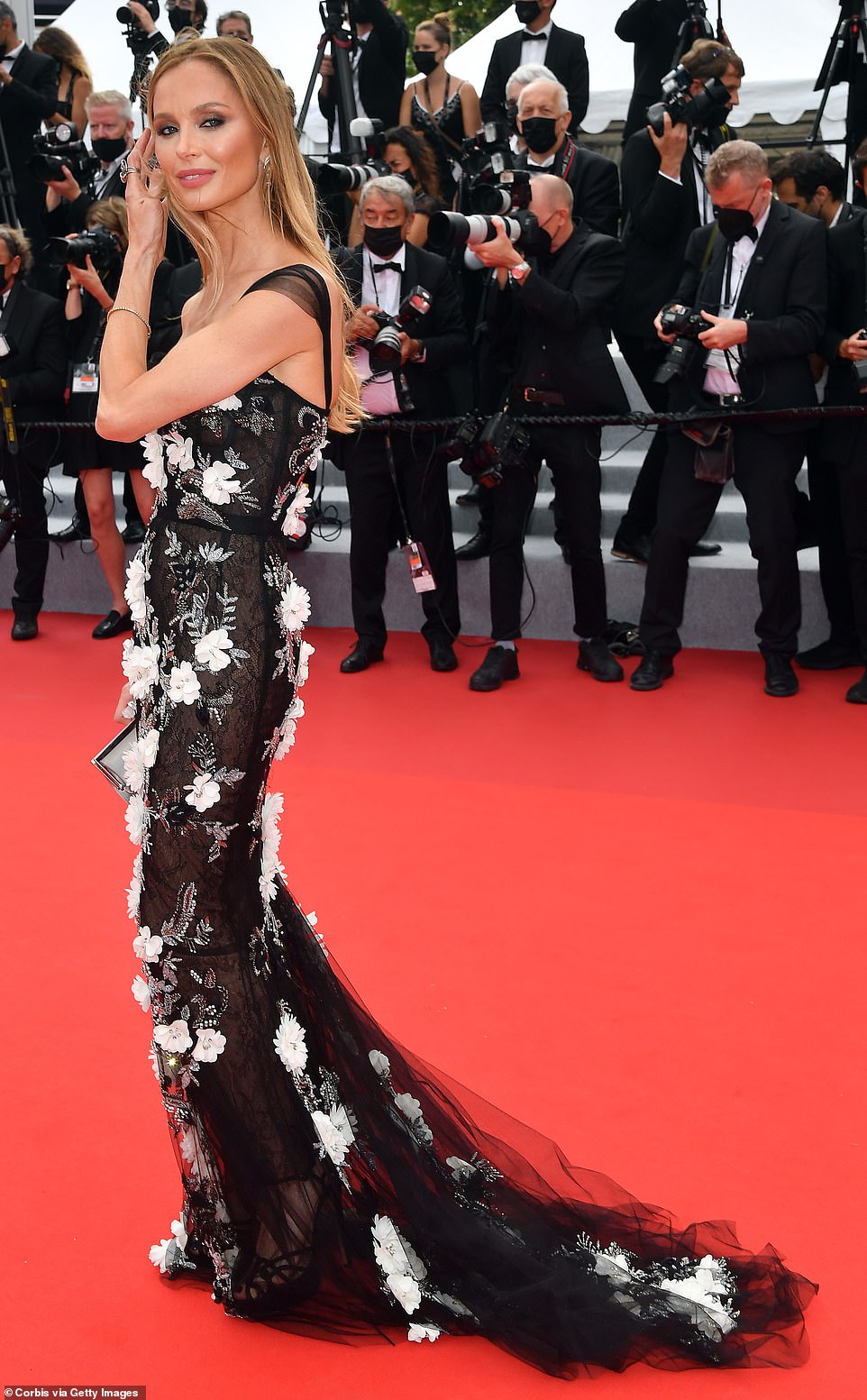 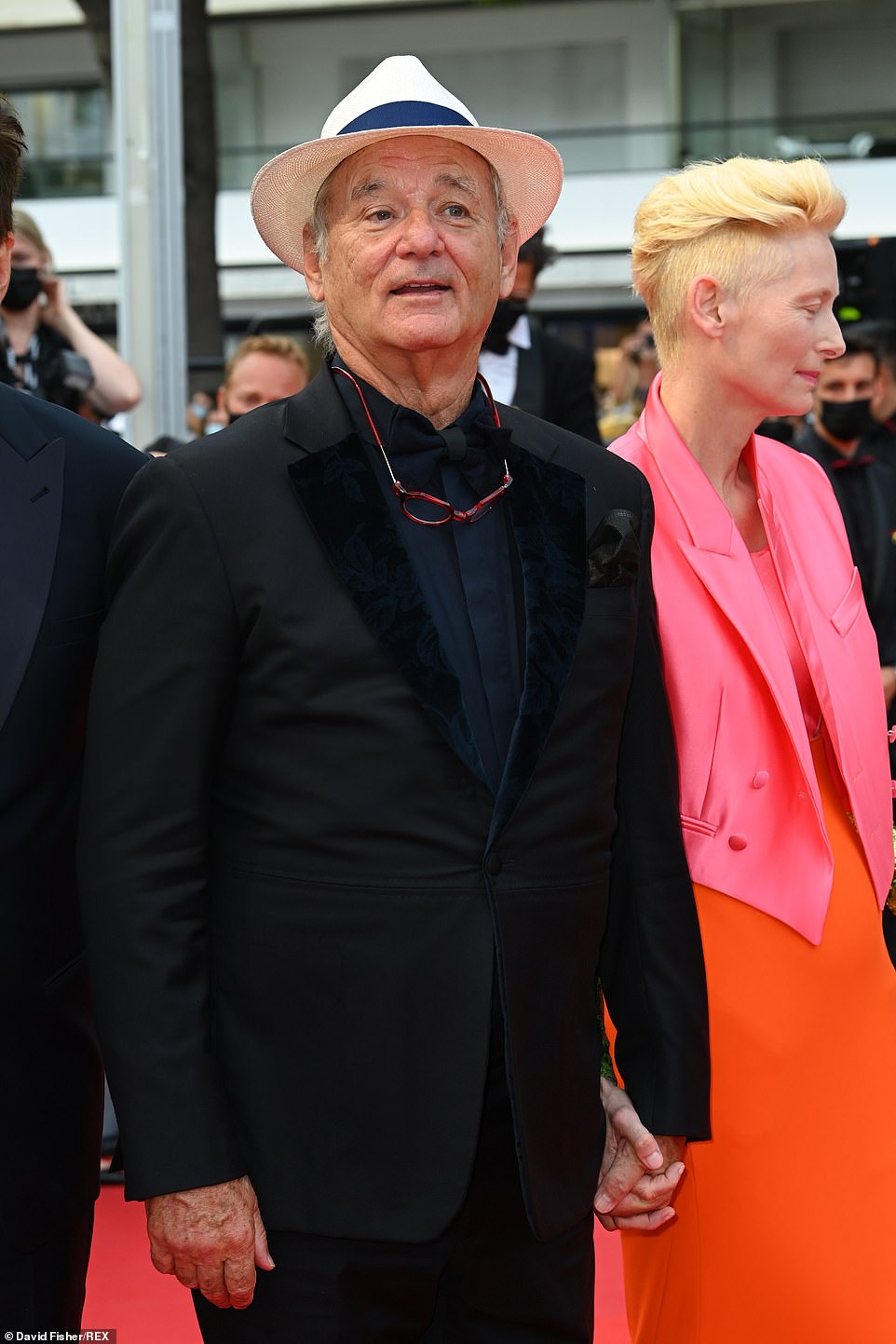 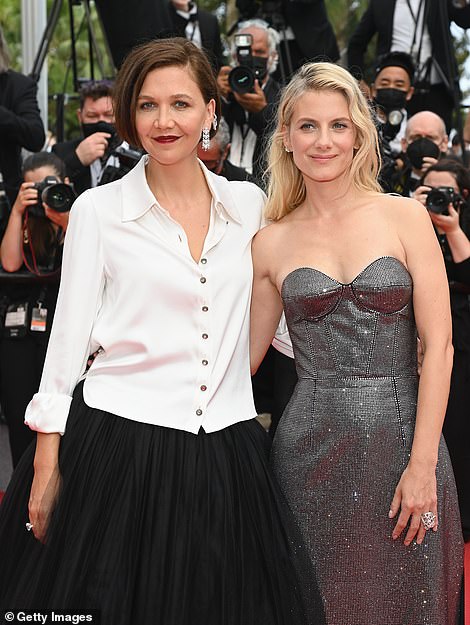 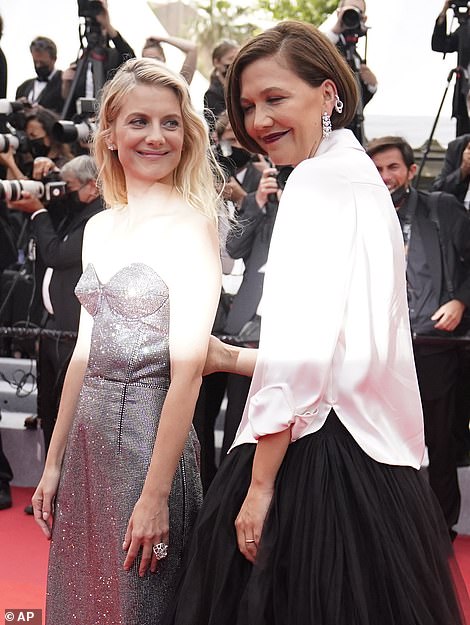 According to a report from Variety on Saturday, the Blue is the Warmest Colour star got the virus on set of her new film despite having both doses of the vaccine and being asymptomatic.

A spokesperson for Lea confirmed to the publication that she had tested positive for the virus, and stated she will remain in quarantine until her doctors have advised her it is safe for her to travel.

As Lea now has to remain in self-isolation at her home in Paris, it was suggested that she may have to cancel her trip to the Cannes Film Festival all four premieres of the films in which she stars. 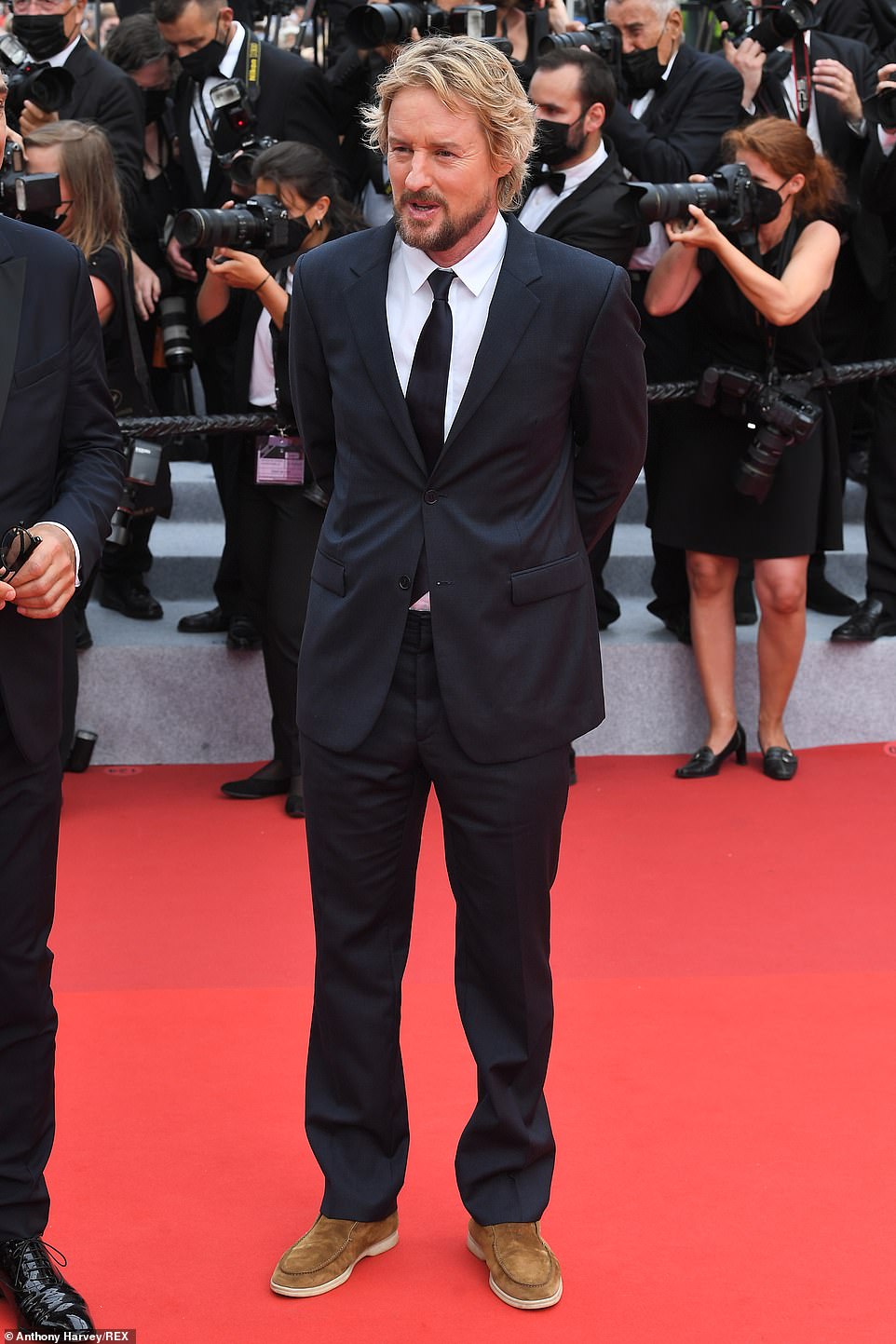 Cannes Film Festival’s general secretary Francois Desrousseaux informed Variety that those attending the festival are tested on a daily basis, and an average of three people per day have been positive cases.

Wes Anderson’s The French Dispatch, which also stars Timothée Chalamet and Tilda Swinton amongst its A-List cast, follows a group of journalists and is based on the writings of The New Yorker.

Set in a fictional 20th-century French city, the anthology follows the development of a series of stories published in the titular magazine, and it opens with editor Arthur Howitzer Jr. (Bill Murray) on the paper’s last day.

The film was originally set to premiere at the 2020 edition of the Cannes Film Festival, however due to the Covid-19 pandemic the event had to be postponed.