A couple who have gone on a camping trip to revitalise their relationship accidentally wander into a 1940s musical. In order to escape the strange, magical town of Schmigadoon (‘Where the sun shines bright from July to June, and the air’s as sweet as a macaroon’), they have to find true love which, it seems, they don’t have with each other.

Like stablemate Ted Lasso, it’s the sort of show that induces a warm, fuzzy feeling. Expect it to be just as big a hit as the soccer sitcom. Apple TV+, from Friday

Once Upon A Time…In Hollywood

If Quentin Tarantino is to be believed, he’s making one more film after this, his ninth, and then he’s quitting. Let’s hope he reconsiders. This is set in Hollywood, 1969. Fading TV star Rick Dalton (Leonardo DiCaprio) and his friend and stunt double Cliff Booth (Brad Pitt) are struggling to deal with an evolving film industry they barely recognise. 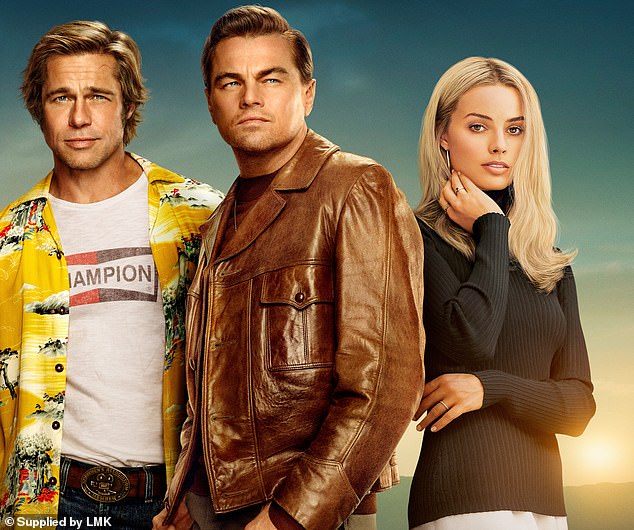 Fading TV star Rick Dalton (Leonardo DiCaprio) and his friend and stunt double Cliff Booth (Brad Pitt, above with DiCaprio and Margot Robbie) are struggling to deal with the film industry

Rick lives next door to Sharon Tate (Margot Robbie) and Roman Polanski, who represent the new Hollywood. Could they offer a way back? A Tarantino film is never less than entertaining and this is one of his best.

Keir Gilchrist returns as Sam Gardner, an autistic teen navigating a neurotypical life in the fourth and final season of the acclaimed sitcom. There are big changes afoot as he moves into his own place.

Meanwhile, his parents, who reconciled at the end of season three, are working on their relationship, and we’ll also see the fallout of Casey and Izzie’s first public kiss. Netflix, available now

The conceit of this brilliant spoof is that Garth Marenghi (‘author, dreamweaver, visionary’) is a pompous, egotistical horror writer who, in the 1980s, wrote, directed and starred in the TV series Darkplace.

Here we see episodes of the truly terrible Darkplace, and there’s commentary on the show from Marenghi and others. When first broadcast on Channel 4, this six-episode series had unspectacular viewing figures but has since become a word-of-mouth cult hit – beloved by professional comedians and those in the know.

Soapy drama about the Greenleaf family, who run a megachurch with a largely African-American following in Memphis, Tennessee. The Greenleafs are an outwardly respectable, deeply religious, loving clan of clerics, but that’s just a charade for the benefit of the faithful. 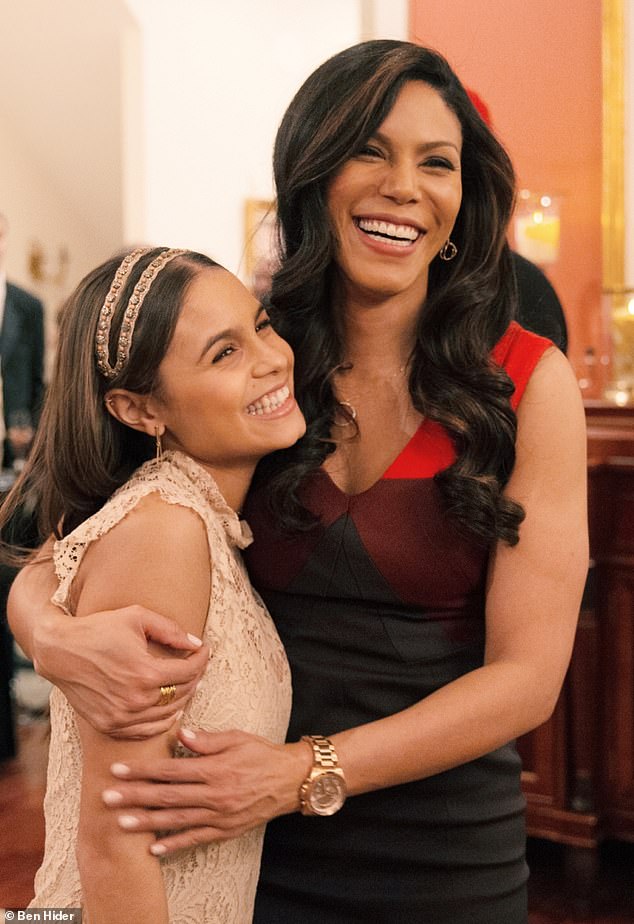 Just your typical family of church ministers. Desiree Ross and Merle Dandridge (above) feature, as does Oprah Winfrey

In reality, some of them are Machiavellian, some are money-mad, others are adulterous or secretly gay… Just your typical family of church ministers, really. Desiree Ross and Merle Dandridge feature, as does Oprah Winfrey. Netflix, s1-5 available now

War Of The Worlds

Series one of this engrossing Anglo-French sci-fi drama, loosely inspired by H. G. Wells’s novel, seemed to go unnoticed by many, despite its excellent cast and chilly realism.

An alien attack has wiped out most of humanity and the aliens’ terrifying robot dogs are stalking the few survivors. But why are they so interested in babies and pregnant women?

Season two sees the humans starting to fight back. Returning cast members include Gabriel Byrne, Bayo Gbadamosi and Daisy Edgar-Jones as Emily, a formerly blind teenager who has a mysterious link with the aliens.

Episode one begins where the first series ended, with Emily boarding an alien craft floating on the Thames. Disney+, from Friday

THE TEN HOTTEST FILMS TO WATCH RIGHT NOW ON MUBI

Jonathan Pryce is a government employee who becomes an enemy of the state in Terry Gilliam’s surreal dystopian comedy, set in a world, that’s a cross between Nineteen Eighty-Four and a Monty Python animation. 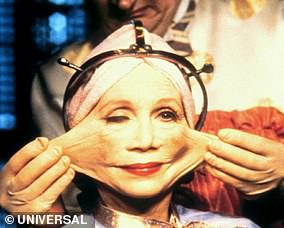 3. Portrait Of A Lady On Fire

Visually stunning and emotionally devastating French period drama about two young women who fall in love on an island off the coast of Brittany.

This brilliant neo-noir thriller about cops, crime and corruption in 1950s LA made stars of Russell Crowe and Guy Pearce and features Kim Basinger as a stunning Chandleresque femme fatale.

Anxiety-infused sex comedy in which college student Danielle attends a shiva – a Jewish wake – where she has a series of excruciating encounters with relatives, exes and sugar daddies.

A few days and nights in the hedonistic but ultimately empty life of Marcello (Marcello Mastroianni), a young gossip writer in Rome. Fellini’s influential film was denounced by the Vatican and popularised the word ‘paparazzi’.

8. The King Of Comedy

Martin Scorsese’s satirical classic about a delusional wannabe comedian (Robert De Niro) who kidnaps a TV celebrity (Jerry Lewis) and demands a spot on his show.

Sports dramas are hard to pull off but this one, about ice man Björn Borg (Sverrir Gudnason) and the upstart hothead John McEnroe (Shia LaBeouf) in their 1980 Wimbledon clash, is a hugely entertaining straight-sets win.

Jemaine Clement and Taika Waititi’s daft mockumentary horror about four dim vampires living in contemporary New Zealand would raise a smile from the dead and inspired the hugely popular TV series of the same name.

Mubi is a film streaming platform

It’s all sex, deceit and intrigue in this new drama following the social climbers and super-elite based in Russia, in a flashy, sexy, super-wealthy Moscow that we don’t usually see on TV.

Walter Presents is billing it as a Russian Dynasty meets Dallas. Daria – who might not be quite the innocent she appears to be – is trying to make it in the Russian capital and enlists former schoolmate Marina as her guide.

It’s all sex, deceit and intrigue in this new drama following the social climbers and super-elite (including Darya Moroz, above) based in Russia, in a flashy, sexy, super-wealthy Moscow

Marina is the mistress of a rich businessman, who is not happy when he sees a video of her having sex with a young lover. And then Marina is found murdered… All4, from Friday

A Dangerous Dynasty: House Of Assad 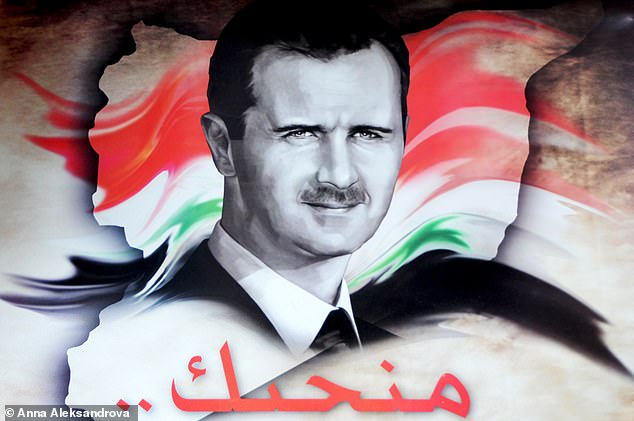 Another chance to see the chilling three-parter that explores how eye doctor Bashar al-Assad and his UK-born wife went from being a modernising force in Syria to running a regime accused of killing up to half a million people. BBC iPlayer, available now

Both funny and devastating, this one-off tale tells the story of a couple whose relationship undergoes dramatic changes during lockdown. Sharon Horgan is mesmerising as ‘She’, a charity worker with a socialist upbringing, while ‘He’ (James McAvoy) is a self-made business owner who is throwing himself into growing vegetables. BBC iPlayer, available now

Intriguing French sci-fi series about a near-future mission to Mars. The ten-month journey has placed great stress on the crew, who are about to experience a lot more when they arrive to find a Russian cosmonaut who actually died on a mission in 1967. BBC iPlayer, now

The curtain comes down on another Wimbledon fortnight with the men’s singles final today, but if you’re keen for more action from SW19, Alistair McGowan takes a deep dive into the tennis tournament’s biggest rivalries down the decades. 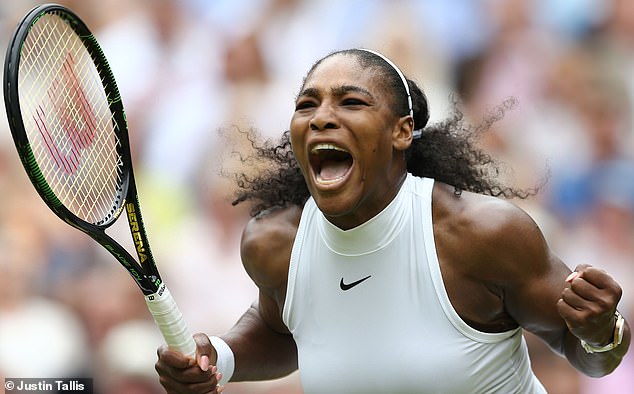 They’re all here: Ashe v Connors, Borg v McEnroe, Evert v Navratilova, Navratilova v everyone else, Sampras v Agassi, the Williams sisters, plus the more recent duels between the big four of the modern men’s game: Federer, Nadal, Djokovic and Murray – the only players to have won Wimbledon since 2003. BBC iPlayer, available now

Why is there such a buzz about..?

A coming-of-age drama where the teenagers actually look like teenagers is a rarity – especially when you look at shows such as Elite or Riverdale, which usually cast clear-skinned twentysomethings as adolescents (and let’s not even talk about Grease).

In Sweden’s Young Royals, lead actor Edvin Ryding (third right, with Magnus Roosmann, Ivar Forsling and Pernilla August), who plays Prince Wilhelm, is 18 in real life and captures the awkward shyness of a teen thrust into the spotlight. 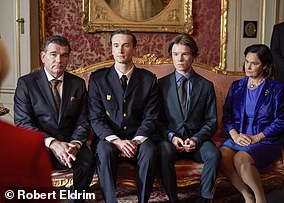 At the start of the six-episode series, Wilhelm has just been involved in a very public scandal, after which he is forced to issue a public apology and enrol at a new boarding school, the fictional Hillerska.

There he’s expected to hang out with the other privileged teens, including his cousin August (Malte Gardinger), who make up much of the student body, but instead he’s drawn to gay scholarship student Simon (Omar Rudberg) who is ostracised by the others.

Wilhelm begins to explore his true self and starts dreaming of a future of freedom and unconditional love far away from his royal obligations – but when he unexpectedly becomes next in line to the throne, he has to make a choice between love and duty.

A mix of The Crown, Gossip Girl and Skins, Young Royals is a breath of fresh air with its central LGBT romance. Fans of this unusual love story are already clamouring for a second series.