The least surprising aspect of the Matt Hancock scandal was Boris Johnson supporting him and declaring ‘the matter is closed’, before later preposterously trying to take credit for his shamed Health Secretary’s departure.

Boris’s moral bar is so low that a limbo dancer would struggle to get underneath it, which is why he can never fire anyone for behaving like him.

To understand how Boris views such political sins of the flesh, consider this exchange I once had with him for GQ back in 2007, when he was an MP but also a highly paid Telegraph columnist:

Q. Should politicians in the modern age be judged on personal morality issues?

A. If they’re kleptomaniacs, yes.

Q. And if they’re sex maniacs?

Q. If you were Prime Minister, would you ever fire anyone for a legal, sexually related matter?

Q. Do you subscribe to the Alan Clark theory then – ‘Here are all my skeletons, now let me get on with the job’?

A. Not the public, obviously – the media.

Q. But you are the media.

Yesterday Boris tried telling his former colleagues in the media to bog off about two-faced Hancock’s shenanigans.

But the media rightly ignored him, the enraged public saw the very clear hypocrisy for themselves, and Hancock has gone only 24 hours after his boss supposedly closed the matter.

It’s been a humiliating episode for both men.

To be fair, she spent most of it shouting at me too, over a delightfully fun and feisty dinner party at her West London home, in which we gleefully locked horns like rutting stags over everything from transgender athletes to wokeism and Laurence Fox.

The only difference between us is that while I wouldn’t hesitate to repeat what I said then in public, however job-ruining that may be (!), Emily wouldn’t repeat what she said because she understands the importance of the BBC remaining politically neutral.

I spent Saturday night shouting at Newsnight presenter Emily Maitlis (above). To be fair, she spent most of it shouting at me too, over a delightfully fun and feisty dinner party

Yet this hasn’t stopped her employers from publicly reprimanding her today for retweeting one of my tweets.

After the Government briefed in February that it was considering draconian jail sentences for people who broke Covid quarantine rules, I asked: ‘If failing to quarantine properly is punishable by ten years in prison, what is the punishment for failing to properly protect the country from a pandemic?’

This didn’t seem an unreasonable question given the UK has suffered the worst coronavirus death toll in Europe due to the Government’s unarguable failure to properly protect us with its shocking policy disasters on PPE, care homes, testing and border control.

But the BBC said: ‘The retweeted material was clearly controversial, implying sharp criticism of the Government, and there was nothing in the surrounding context to make clear that Ms Maitlis was not endorsing it or to draw attention to alternative views.’

This is spineless nonsense.

Yet the BBC, which spent 25 years covering up the appalling Diana/Bashir fakery saga, didn’t hesitate to hang one of its biggest stars out to dry for telling the truth.

In March 1999 I was sitting in the editor’s office at the Daily Mirror when an executive named Peter Willis bounded in excitedly.

‘I think I’ve had a great idea!’ he exclaimed. (I’ve always believed there’s no such thing as a bad idea, it’s acting on a bad idea that’s a bad idea.)

‘All awards shows are nauseating, back-slapping affairs where celebrities tell each other how wonderful they are…’ 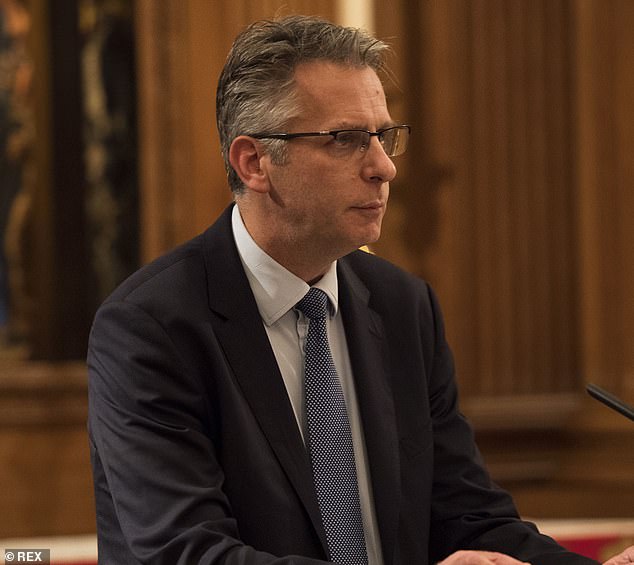 ‘So let’s create one where we give awards to real, non-famous people who perform amazing acts of heroism, courage, fundraising, etc – and get stars to present them.’

‘LOVE IT!’ I said, ‘but it will only be a success if you get a prime minister, a queen and at least one surviving member of The Beatles to come.’

I was joking but Peter chuckled, said ‘OK!’ and went to work.

Six weeks later, the first Pride Of Britain Awards took place at The Dorchester hotel in London and was attended by Tony Blair, Queen Noor of Jordan and Sir Paul McCartney, who was making his first public appearance since the death of his wife Linda.

That inaugural show wasn’t televised but remains the most powerful, emotional and inspiring event I’ve ever been to as the country’s biggest names – including the Spice Girls, Cilla Black, Lennox Lewis, Barbara Windsor and Sir Richard Branson – paid often tearful tribute to ordinary but extraordinary people.

As Sir Paul put it: ‘I’ve been crying all year and now I come here!’

Pride Of Britain is still going strong two decades later, largely thanks to Peter’s relentless enthusiasm and determination, motivated by his ferocious pride in each year’s winners, who he always felt represented the very best of Britain.

Very sadly, he died suddenly last Friday, aged only 54. Peter was the best of journalists – a tenacious perfectionist who was astoundingly creative, kind, compassionate, mischievous and always chasing the next big news-making scoop.

He was also the best of friends; someone who, in the 32 years since we started out together as young showbiz reporters on The Sun, was unfailingly loyal, generous and big-hearted, and hilarious company.

His legacy will be that he reminded us why we should be proud of Britain, and why the nation’s real stars – as we’ve discovered in the Covid crisis – are the unsung heroes on whom he shone such a glorious light.

Peter, too, was an unsung hero.